1. The Productive City as connections.
The project proposes new connections, porosities, juxtapositions and overlapping functions transforming Vorfeld into an attractive pole. New connections are social, spatial, urban, cultural and environmental. In particular the new connections between learning, production and housing are the main feature of the project for the new identity of the Heart of Neu Ulm. 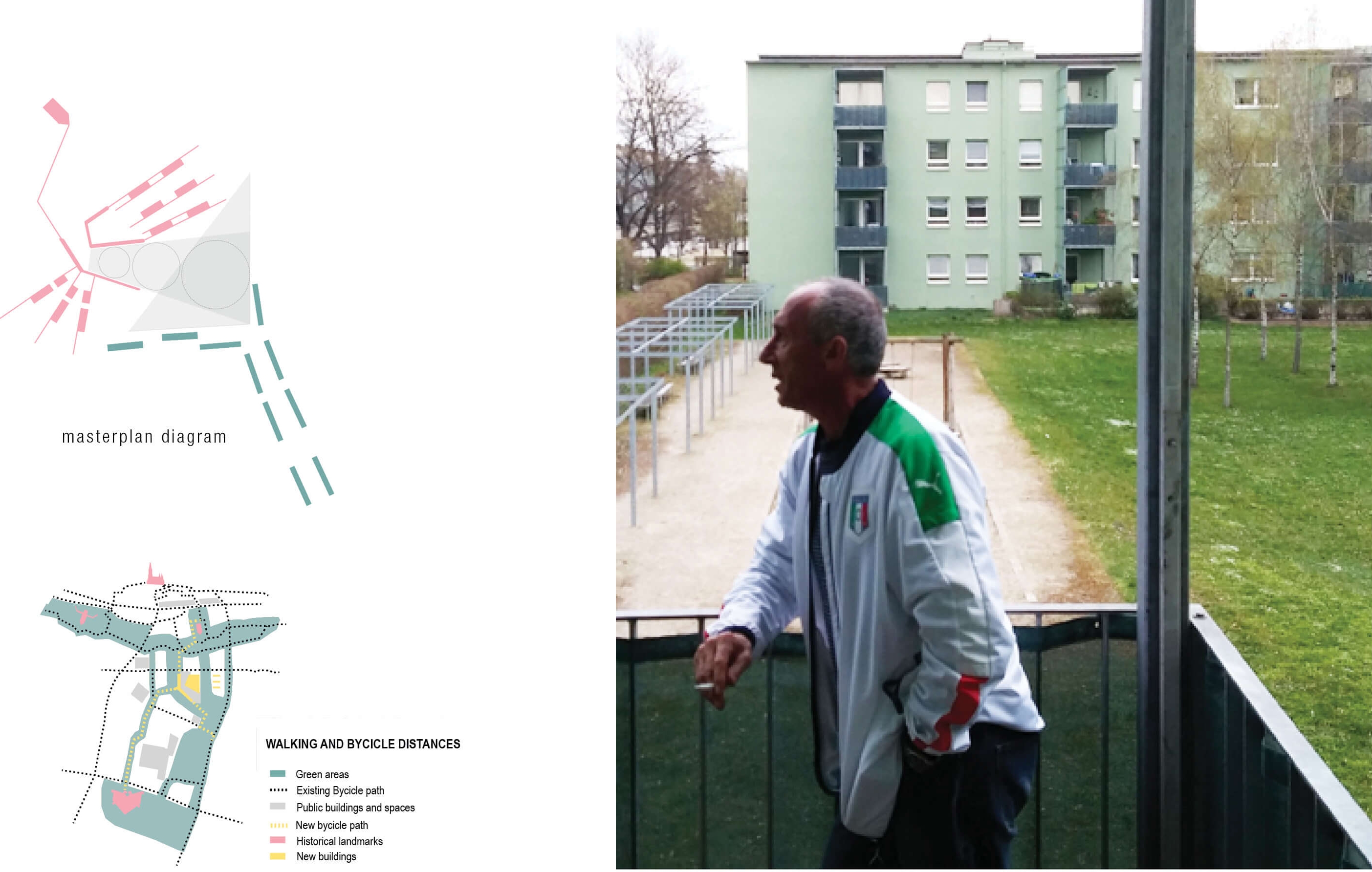 2. The Productive City from central building to central open space.
The new project is centred around an open public space as a generator of urbanity, attractor of public life and well connected to the city centre. 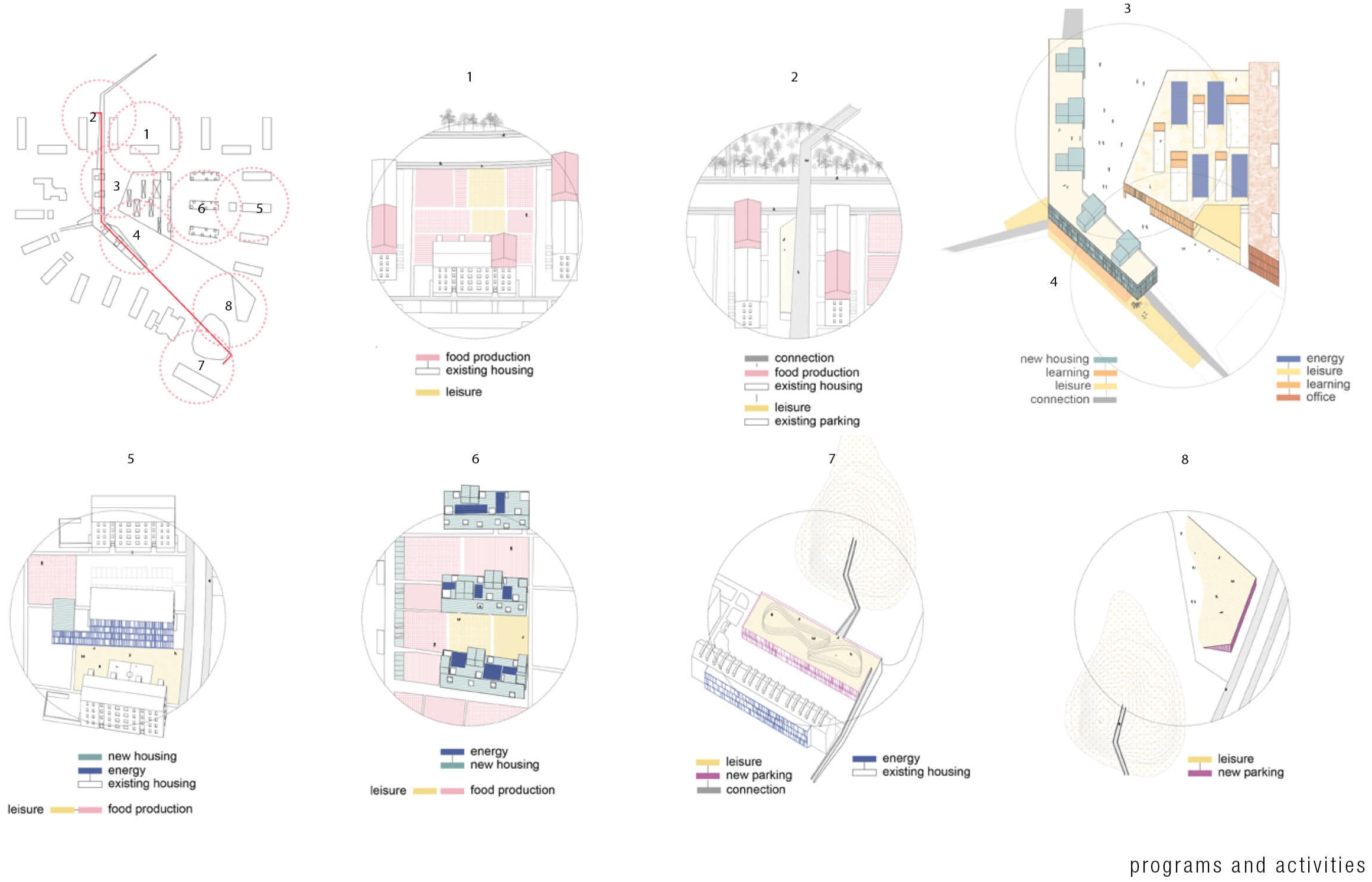 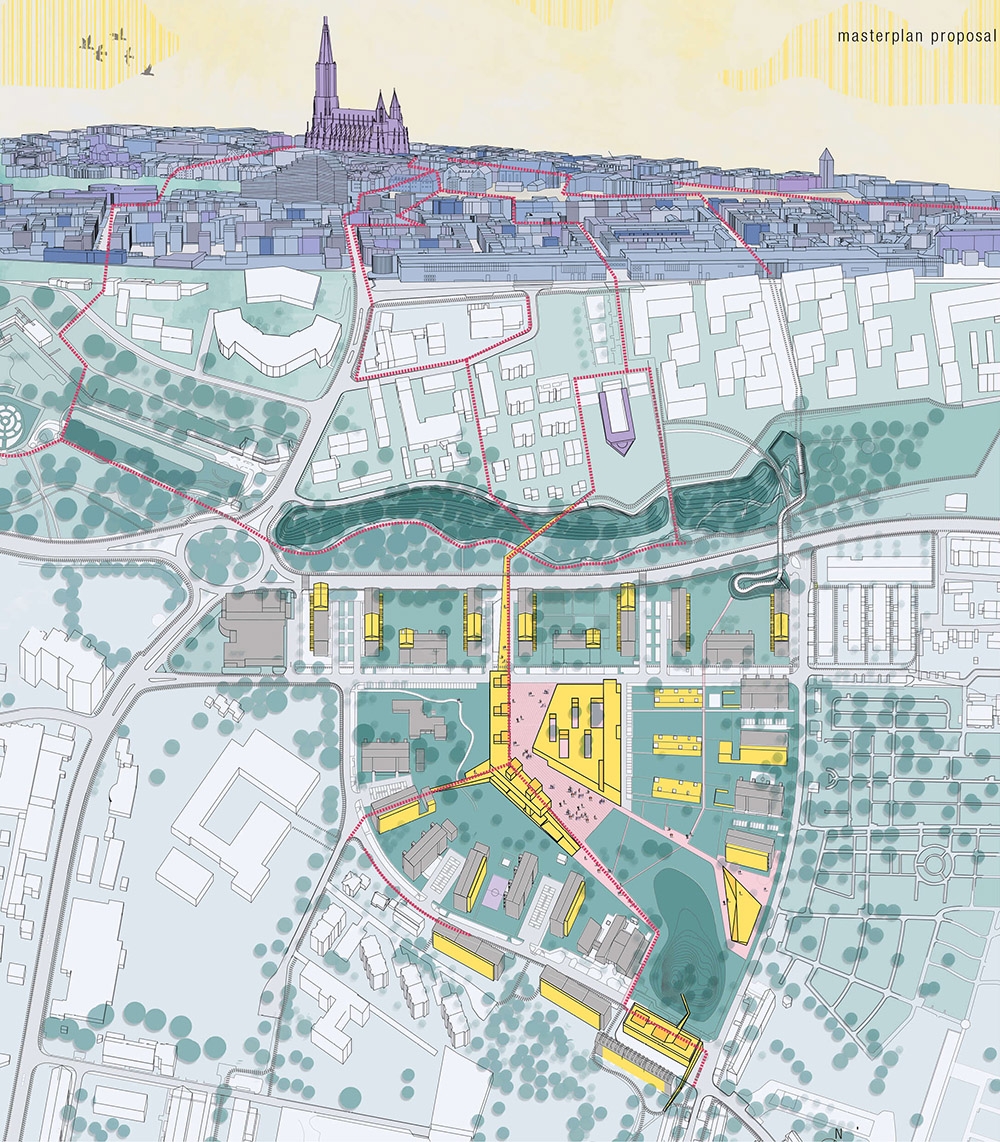 The public space is shaped in strict continuity with the park and it can host events, markets, concerts… and its uses can change over time. Its design is based on the walking distance as legacy of the American “neighbourhood unit” which has resonances in Vorfeld.

3. The Productive City from mono-functional to mixed architecture.
The multifunctional buildings which contain the public space encourage public life and a brand new relationship between living, learning, public gathering, food and productive activities with different rhythms of use. The linear building on the west is bisected by the cycle/pedestrian path and it is characterized by overlapping commercial, production and living functions. 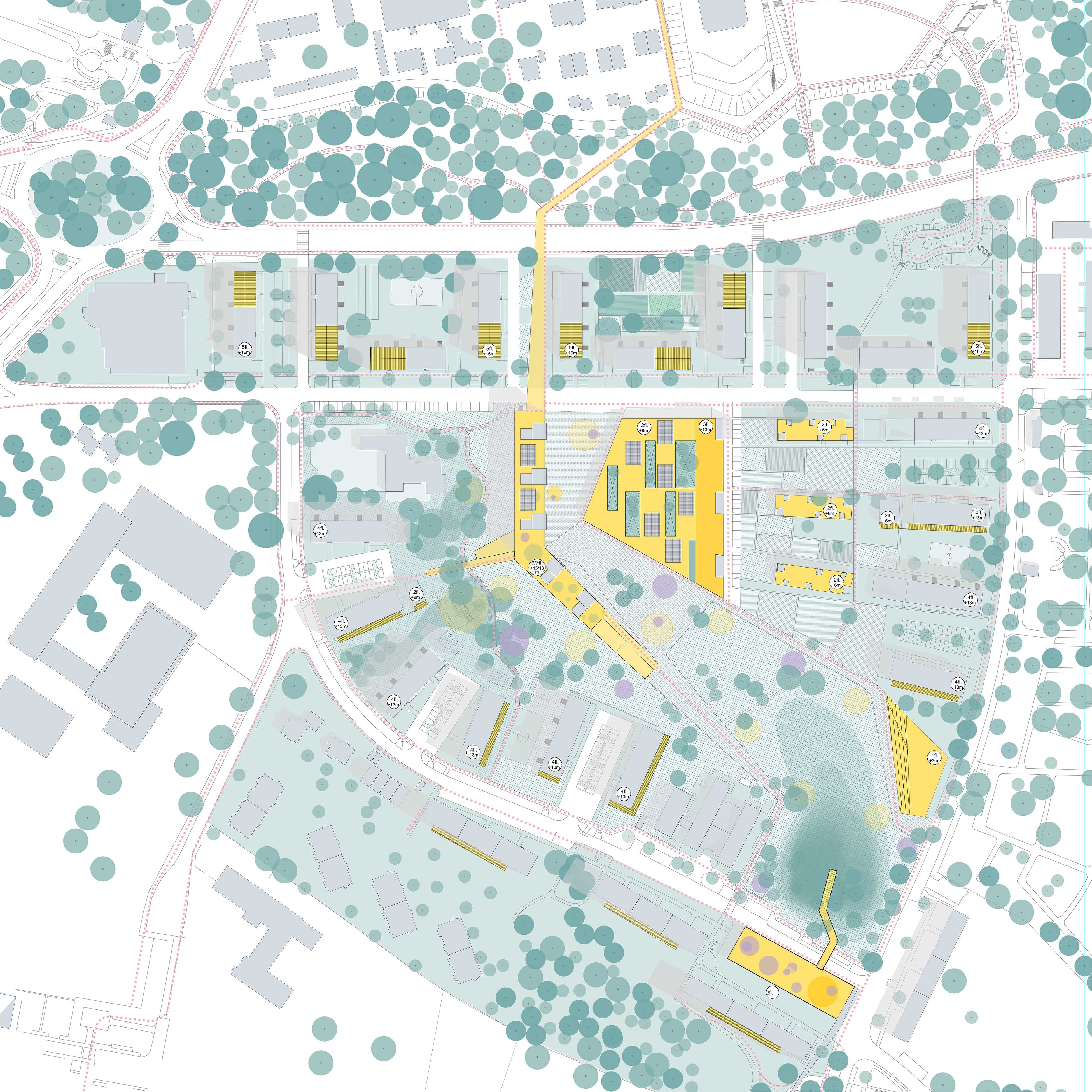 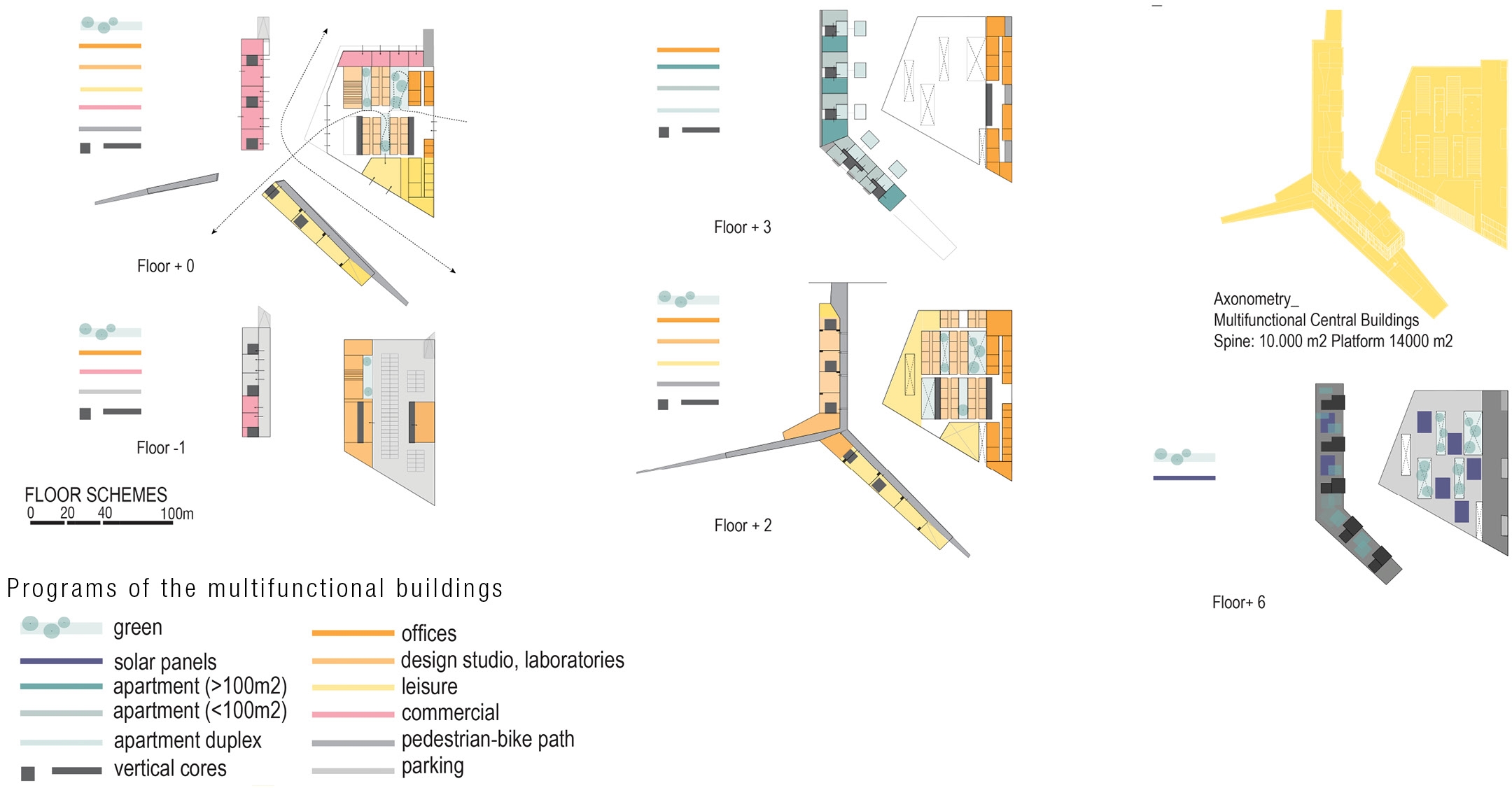 The platform at the east is thought to mainly host local and international students of design and local artisans, with a synergy between learning and production as legacy of the Ulm School of Design (Hochschule für Gestaltung Ulm- HfG).

4. The Productive City as flexibility.
The project should be developed in flexible phases and always imply the participatory influence of the inhabitants. Its adaptable scheme mainly relies on the centrality of public space for social gathering and productive proximity.